All religions, arts and sciences are branches of the same tree. 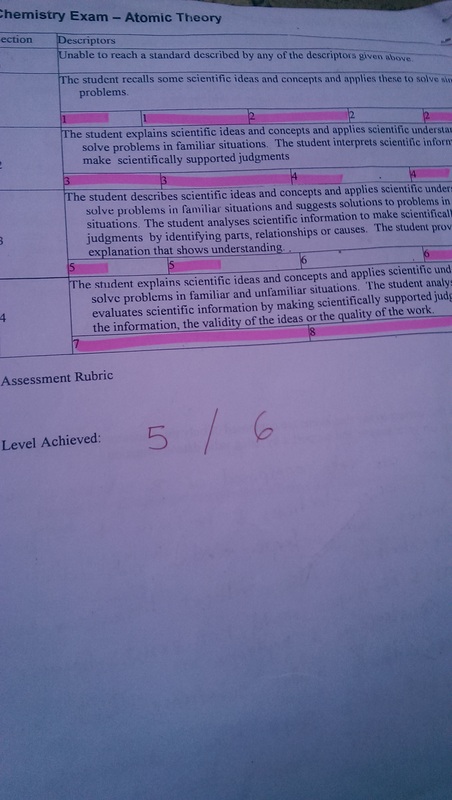 Reflection
This quarter what I learned in science was basically chemistry. It was a difficult topic to learn, and I found many difficulties. Some of the difficulties were like understanding how chemistry worked, how the periodic table worked, and also studying about ions. The work that I have succeeded the most in was the test in this quarter. Though studying for it was rather difficult. I eventually succeeded in getting a 6 out of an 8. Though my test went well other things didn’t. It was the lab report for our chromatography experiment that went terrible. We failed and received only 50%, which was a 4 from an 8. I think the reason why the lab report wasn’t that good was because it wasn’t descriptive enough, and wasn’t evaluated well. Next time I would try to be more descriptive, and evaluative enough in order to achieve the maximum grade. I would do this by collecting my data better, and then think more critical when creating the evaluation. I hope that if I would do the right things I would be able to achieve a higher score, and eventually improve.

Global Context
I chose the global context of Science and Technical Innovation for this quarter because in Science we used a number of apparatus to do our experiments. The apparatus we used to do our experiment were apparatus like beakers, mortars, measuring cylinder, dropper, and filter paper. They helped us a lot in doing experiments like chromatography. Also they help carry dangerous liquids such as acids which we can't carry with our hands, and measure liquids more accurately. For example using the measuring cylinder for measuring the amount of liquid we want to use for the experiment rather then guessing the amount. The reason why its Science and Technical Innovation is because mainly the apparatus helps us to do our experiment more effectively, safely, and accurately.